Are You at Risk?

Up to 60 % of diabetes cases could be prevented, or at least delayed, by people maintaining a healthy weight.

What is Diabetes?
When a food containing carbohydrate is eaten, your body digests the carbohydrate into sugar (called glucose), which can then be used as energy by the cells in your body. Diabetes is a condition where your body can’t properly control the amount of glucose in your blood.

A hormone called insulin is needed for transferring glucose from the bloodstream to enter the body cells and be converted to energy. In people with diabetes, blood glucose levels are often higher than normal because either the body does not produce insulin (type 1 diabetes) or cannot use insulin properly (type 2 diabetes).

Type 2 is the most common form of diabetes, affecting 85-90% of all people with diabetes. While it usually affects older adults, numbers are increasing in younger people and even children.

Although the risk of Type 2 Diabetes is often a genetic predisposition, the risk is greatly increased when associated with lifestyle factors such as high blood pressure, overweight or obesity, insufficient physical activity and poor diet. Being overweight, especially around your waistline, makes it more difficult to manage your diabetes and increases your risk of heart disease. In general, if you are of Caucasian origin, women should aim for a waist circumference less than 80 cm and men should aim for less than 94 cm.

The diet recommended to reduce the risk or manage diabetes is similar to that suggested to all Australians. To help manage your diabetes:

1. Eat regular meals and healthy snacks spread over the day. This will keep your blood sugar levels stable.
2. Base meals on low Glycemic Index foods (see below for more information of GI Index)
3. Watch the amount of fat you eat and limit the amount of saturated fat by choosing lean meats and low fat dairy foods. Avoid fried takeaway foods, chips and biscuits etc.
4. Control your portion size and don’t overeat at meals.

The glycemic index (GI) is a ranking of carbohydrates on a scale from 0 to 100 according to the extent to which they raise blood sugar levels after eating. Foods with a high GI are those which are rapidly digested and absorbed and result in marked fluctuations in blood sugar levels. Low-GI foods, are more slowly digested and absorbed and therefore produce a more gradual and stable rise in blood glucose levels. Low GI diets have been shown to improve both glucose and lipid levels in people with diabetes (type 1 and type 2). They have benefits for weight control as low GI foods make you feel fuller for a longer period of time. Low GI diets also reduce insulin levels and insulin resistance.

Foods with a GI 55 and below are low GI foods. Some low GI foods include most vegetables (excluding potato and corn), some fruits such as oranges, kiwi fruit, cherries and apples, brown rice, sweet potatoes, lentils, chickpeas, and oats

Combining healthy eating with regular physical activity will decrease your risk of diabetes and other disease even further. Clinical trials showing the effectiveness of resistance training for
improving glycaemic control in type 2 diabetes, suggesting at least 150 minutes of moderate to vigorous intensity exercise per week.

In honour of World Diabetes Day, Kasey is offering 25% off initial nutrition consultations during November
Call 5504 7000 to make an appointment 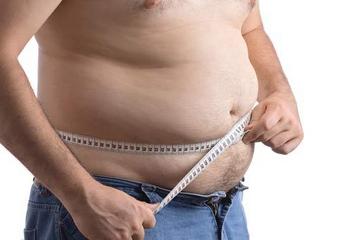