The change of season often brings with it colds and flus and grumpy, moody people! There are many foods that you can include in your diet to boost your immune system. Immune boosting foods increase the number of white cells in the immune system army, train them to fight better, and help them form an overall better battle plan. The following vitamins and minerals should be included in your diet to boost immunity:
Vitamin C
Vitamin C increases the production of infection-fighting white blood cells and antibodies and increases levels of interferon, the antibody that coats cell surfaces, preventing the entry of viruses.
FOOD SOURCES: PARSLEY, BROCCOLI, CAPSICUM, STRAWBERRIES, ORANGES, LEMON, CAULIFLOWER.
Vitamin E
Vitamin E stimulates the production of natural killer cells, those that seek out and destroy germs and cancer cells. Vitamin E enhances the production of B-cells, the immune cells that produce antibodies that destroy bacteria. Vitamin E supplementation may also reverse some of the decline in immune response commonly seen in aging.
FOOD SOURCES: ALMONDS, NUTS, BROCCOLI, SPINACH, OILS.
Zinc
This valuable mineral increases the production of white blood cells that fight infection and helps them fight more aggressively. It also increases killer cells that fight against cancer and helps white cells release more antibodies.
Zinc increases the number of infection-fighting T-cells, especially in elderly people who are often deficient in zinc, and whose immune system often weakens with age.
For infants and children, there is some evidence that dietary zinc supplements may reduce the incidence of acute respiratory infections, but this is controversial. The best source of zinc for infants and young children is zinc-fortified cereals.
FOOD SOURCES OF ZINC: MUSHROOM, BEEF, SESAME SEEDS, PUMPKIN SEEDS, YOGHURT, TURKEY, PEAS, SPINACH, EGGS.
Garlic
This flavorful member of the onion family is a powerful immune booster that stimulates the multiplication of infection-fighting white cells, boosts natural killer cell activity, and increases the efficiency of antibody production. The immune-boosting properties of garlic seem to be due to its sulfur-containing compounds, such as allicin and sulfides. Garlic can also act as an antioxidant that reduces the build-up of free radicals in the bloodstream.
Selenium. This mineral increases natural killer cells and mobilizes cancer-fighting cells.
FOOD SOURCES: tuna, red snapper, lobster, shrimp, vegetables (depending on selenium content of soil they are grown in), brown rice, egg yolks, cottage cheese, chicken, sunflower seeds, garlic, brazil nuts, lamb chops.
Omega-3 fatty acids
A study found that children taking a half teaspoon of flax oil a day experienced fewer and less severe respiratory infections and fewer days of being absent from school. The omega 3 fatty acids in flax oil and fatty fish (such as salmon, tuna, and mackerel) act as immune boosters by increasing the activity of phagocytes, the white blood cells that eat up bacteria. Essential fatty acids also protect the body against damage from over-reactions to infection.
Avoid Sugar
Eating or drinking 100 grams (8 tbsp.) of sugar, the equivalent of about two cans of softdrink, can reduce the ability of white blood cells to kill germs by 40%. The immune-suppressing effect of sugar starts less than thirty minutes after ingestion and may last for five hours.
Food allergens
Due to a genetic quirk, some divisions of the immune army recognize an otherwise harmless substance (such as milk) as a foreign invader and attack it, causing an allergic reaction. Before the battle, the intestinal lining was like a wall impenetrable to foreign invaders. After many encounters with food allergens, the wall is damaged, enabling invaders and other potentially toxic substances in the food to get into the bloodstream and make the body feel miserable. This condition is known as the leaky gut syndrome.
By eating these foods regularly you can build your immune system and get through winter healthy and happy!
If you require a personalized plan or more information, make an appointment to see our Nutritionist, Kasey by phoning 5504 7000. 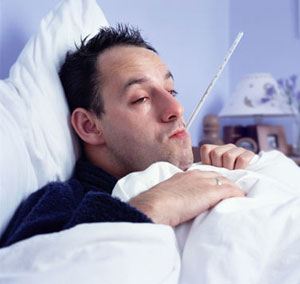